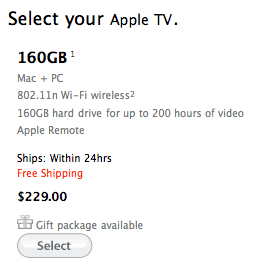 Apple TV hardware has remained unchanged since its introduction in March 2007. Many has expected Apple to upgrade Apple TV software to support the recently launched iTunes LP. With its lackluster sales, it is interesting to see how Apple plans to turn this product around.